Do you like black pudding? I see some nods and hear many nah. I am the same.

I’ve tried many black puddings in my life but none of them are so satisfactory. With English black puddings, they are tasty but the blood game flavour and smell is way too strong and they stick to the pan (ie, even at low heat, they melt). I have been out to look for good black pudding but was not very successful.

Earlier last month, I came across Clonakilty, a delicacy black pudding from Ireland. The brand, as its name suggested, uses a recipe generated from the Ireland city 200 years ago. Different from all my previous experience, the Clonakilty black pudding are not made with pork but instead beef, oatmeal, onions, beef blood and a secret blend of natural spices. The brand also do a white pudding which is made from pork.

Clonakilty has won numerous amount of awards and are now available Australia-wide. They came to South Australia several months ago and can be found in these locations or you can find at the online distributor Taste of Ireland.

So, now this is the recipe time 🙂

This time I didn’t do a fancy recipe. In fact, black and white puddings are best with chargrilling. I mainly used the products for brekkie so I panfrying. 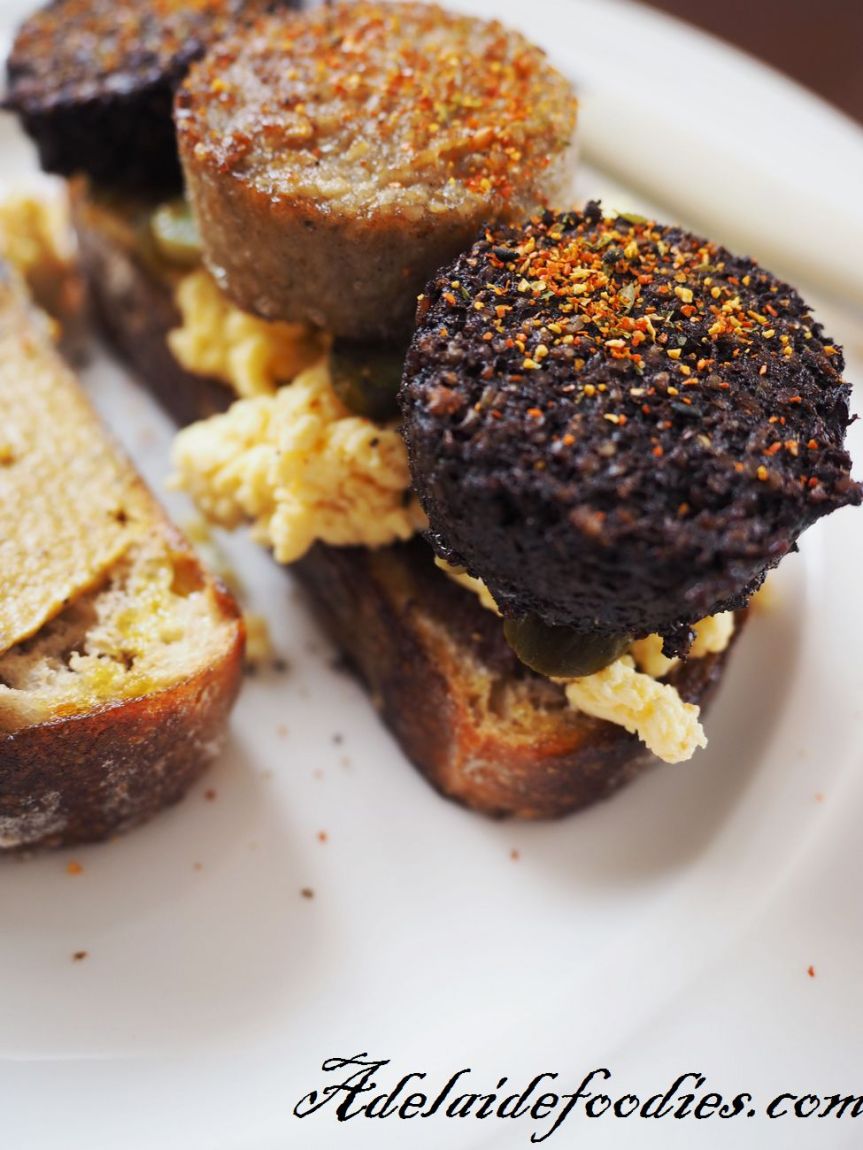 The flavour was so awesome and yummy! The dates in the bread had some sweetness while the dijon mustard added the hint of hot flavours. Both of the puddings gave a rather fragrant smell and delicate flavour on the palate and this paired well with the ingredients added. The puddings tasted like a barbecued meat with the mild flavours of a black budding (the blood part :D!) Yummo!

I hope you enjoyed reading and may be inspired to start trying a black pudding breakfast or even a black pudding sandwich/burger (I have some image in my mind now lol)! Anyway, if you decide to try black pudding out, make sure you try the Clonakilty!

2 thoughts on “Clonakilty – a delicacy from Ireland”