When I told a friend about my recent trial with wallaby meat, she was totally surprised. Yes, we don’t normally hear wallaby meat in the market or anywhere. Instead, we often consume kangaroo which I classified as genuine Aussie produce. However, wallabies can actually be used for culinary purposes. I was recently invited to create a dish using wallaby meat from Lenah from Tasmania. 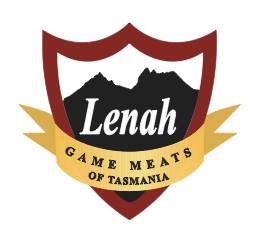 Lenah has been in business for nearly 20 years and focus on game meat as the center of their business. They promote themselves as the “producer of the finest game meat” and the business has own many awards. The wallaby meat was sourced in Tasmania and was claimed to be healthier than kangaroo as the fat content of the meat, which is only 0.05%, is significant lower. Unlike other livestocks, the wallabies emit no methane gas due to an enzyme present in their digestive system. All flesh parts of the animal were used for meat production and hence there is zero wastage.

I picked up Lenah wallaby meat from the Drake Supermarket in Hallet Cove and surprisingly, after opening the package, a nice meat aroma came to the nose. I had a close smell and the meat was very fresh with pinkish red color with no game meat smells at all. I decided to have a play around with the meat and finally made the following simple, easy yet very tasty meatball dish. It takes less than 10 mins to prepare too!

1. Add the above ingredients in a bowl and mix them together until you get a smooth mixture.

3. Put pan on heat, drizzle some olive oil and get the action going. It’s best to focus on one side of the meatballs first and when it goes golden brown, turn all meatballs at once.

4. Once the meat has been cooked, plate up and enjoy! I topped the balls with aioli, but you can change according to your liking.

The dish tasted brilliant! Although the meat was well cooked, no unpleasant game taste was detected and the meat was not tough at all. The balls were tender and moist and every bite was literally giving plenty of juices in the mouth. No matter hot or cold, the meatballs always tasted fragrant and aromatic and was such a good snack at night or for lunch. The addition of tarragon pushed the pleasant flavour of wallaby even further and helped the wallaby flavour to dominate on the palate. I definitely would recommend this product for everyone to try. Yummo! 😀