mmmmmmh, a food truck! The “Burger theory” truck has been around serving Adelaide community for a while. Many food bloggers have wrote things about it. I am not a big fan of burger and didn’t get a chance to go to their venue. Until weeks ago, on the Friday night, two of us decided to try this “new” street food eatery out. In many countries, eastern or western, street foods form an important part in their dining culture. Here in Adelaide, we don’t see much street foods around. However, the creation of “Burger Theory” has added that little something that we just don’t realise in our daily life. Okay, I stop being bitchy and let’s start our journey. 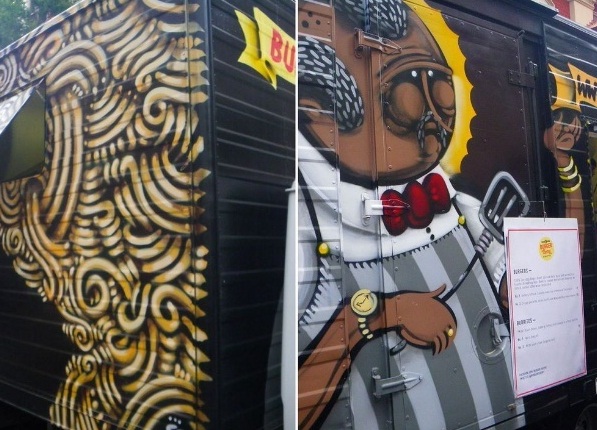 While located in Leigh Street in the day time, the food truck normally come to Union St on Friday nights. People should expect about a good 1/2 hr to 1hr waiting time even if they are there early. We arrived there @6:50pm and the queue has already been very very long. 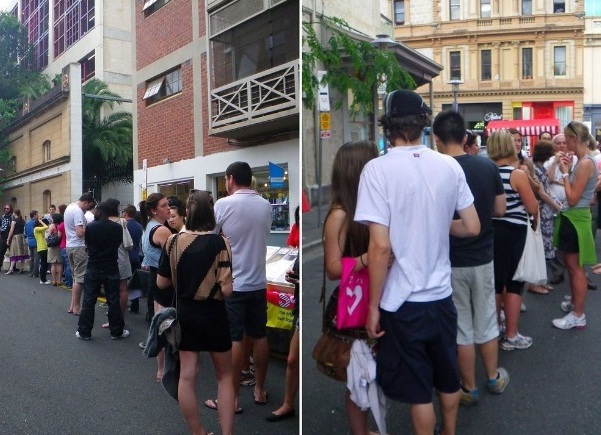 I ordered both burgers with a pack of fries. Their burgers were cooked medium and the fries were nice and crisp. 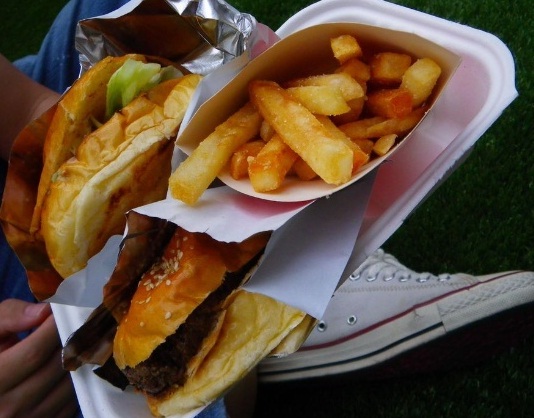 In terms of taste of the burgers, no. 1 was nice and tasty with crisp iceberg lettuce and their special sauce. The credible point in this burger was it’s cheese. After being melt, the cheese was easy, smooth and flavourful. The person in front of me was from the US. She said these kindda burgers were very popular in America and she can’t stop eating them since discovered the Burger Theory! Btw, the meat used in the burger are 100% black Angus, which are grounded on the same day. Nice and fresh!

My favourite of the night was burger No.2. Why? Cos the beef was done perfectly. The outside of the beef was coated with a layer of crust making it so crunchy. While the meat was cooked medium, it was tender and moist. Tantalising! The blue cheese wasn’t too smelly and developed a good aroma with the beef whereas the pancetta, which was well done, gave a good crispy bite. The only problem with both burgers is the owner should give us a larger serve!!~~LOL. Right! I craves for more. 😛 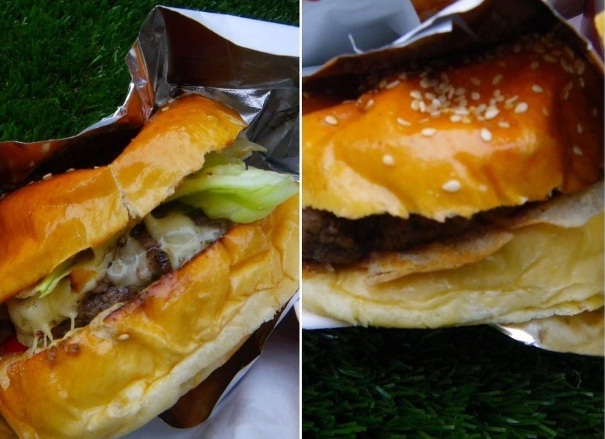 The experience with “Burger Theory” was unforgettable! As such a healthy fast food option, the food truck has received the “best of Adelaide” burger title in 2011. Congratulations!